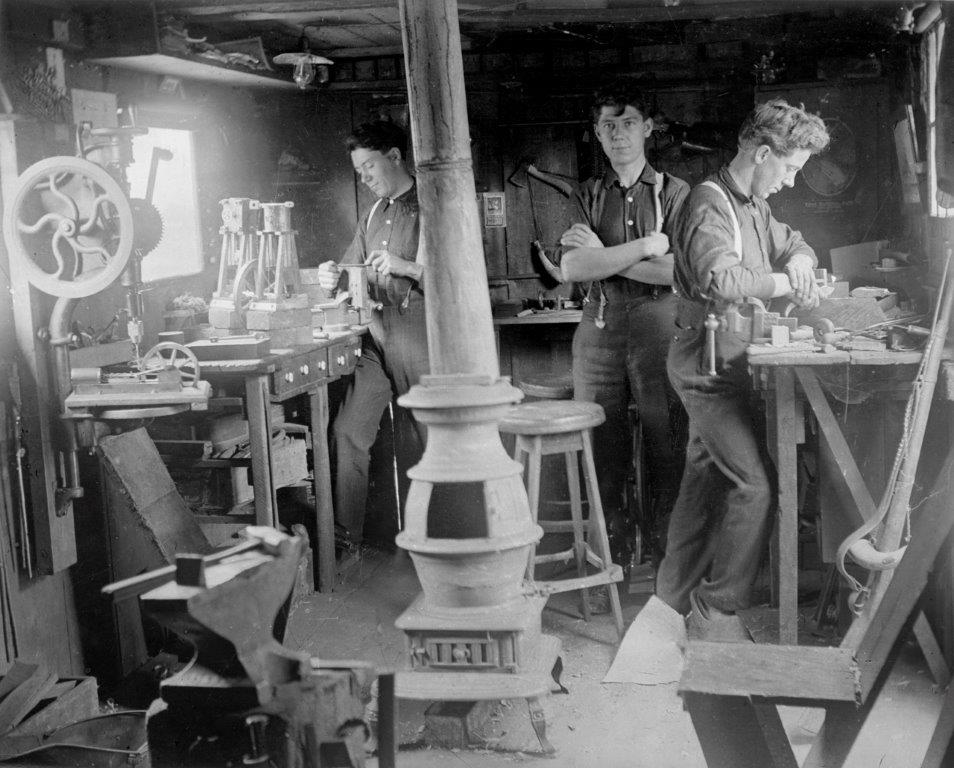 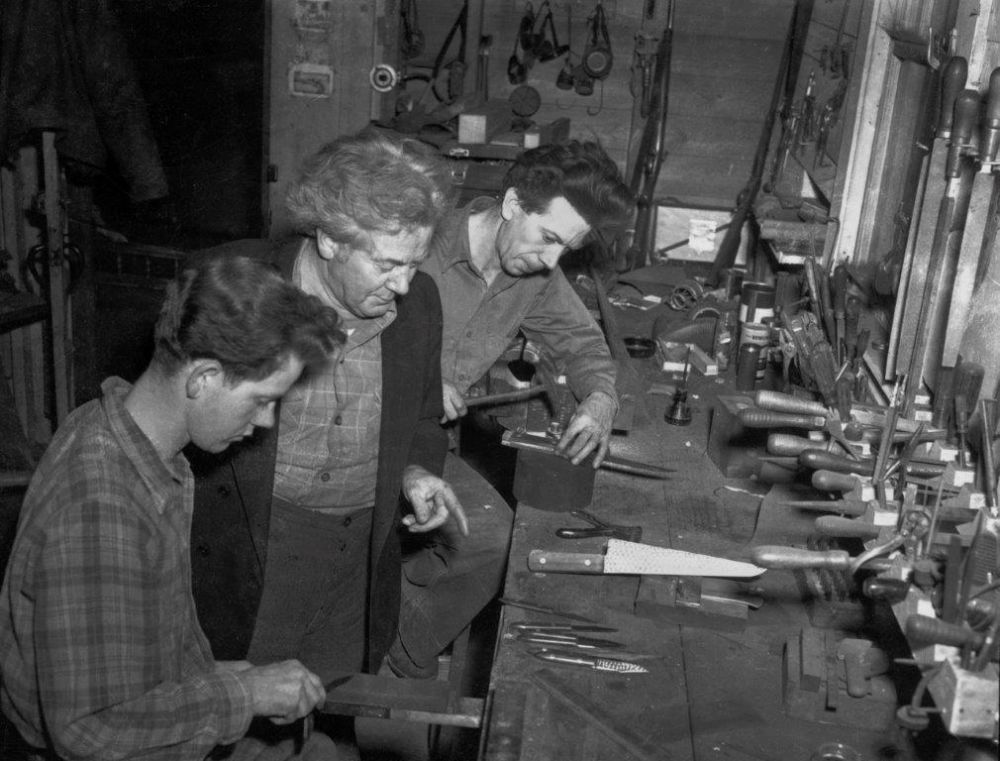 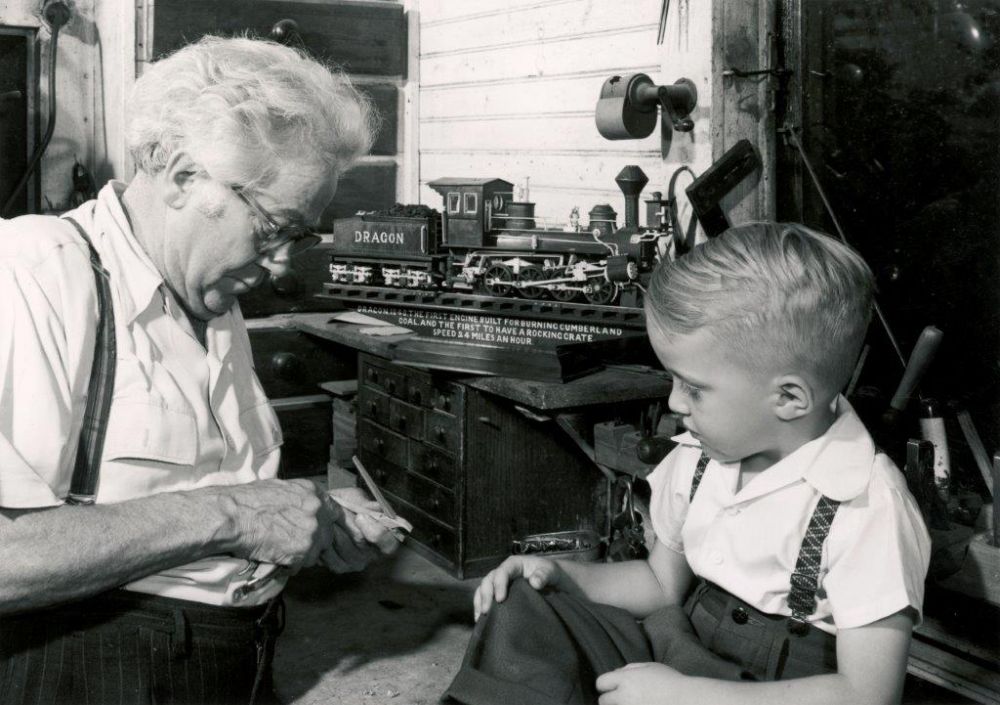 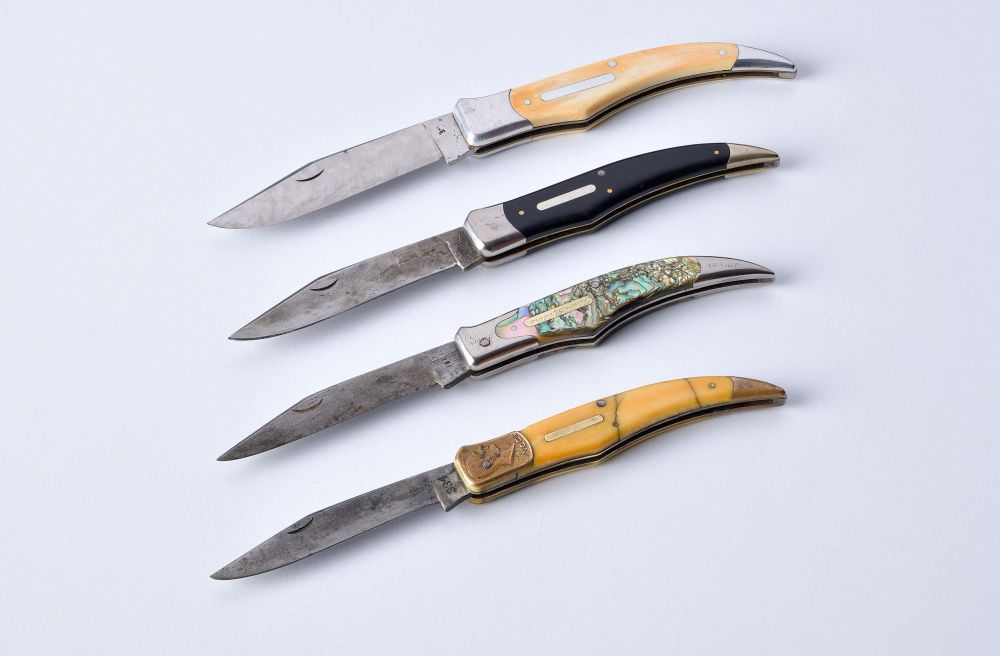 In 1902, at age 17, Ernest Warther made a kitchen knife for his mother and, inadvertently, a business was born here in Dover, Ohio. In 1905 Ernest made his first pocketknife and by 1910 he finalized a pocket knife design that he would continue to make throughout his long life utilizing different handle materials.

In turn his son Dave would make Warther pocket knives into the 1990’s. Dave’s son Dale continued making these knives until his death in 2010. Recently, David Warther II, Dale's brother and Dave Senior’s son, began developing a new shop to make this unique knife which is to debut in 2019.

David’s pocket knives hold the same fine lines and handsome design that his grandfather developed over a century ago. Warther knives have always been made with high carbon tool steel tempered to 58 Rockwell on the C scale. The blade and the back spring are of 1095 tool steel.

The bolsters and liners are of Nickel Silver. This has been the traditional bolster material since these knives were first made over a century ago. The beauty of Nickel Silver is that it develops a satin finish over time as it gradually takes on micro-scratches from handling. This feature, where it develops its own satin sheen from the original high gloss, is natural and is to be expected of this time honored material. The pocket worn look and feel of Nickel Silver is an earmark of the Warther pocketknife.

The Warther pocket knife today is offered in 4 different models with each model corresponding to a particular year in the life of the knife when handle materials changed. Handle materials changed over time as Ernest's life itself went from a modest start to one of experiencing the roaring 20’s, the depression 30’s and then his later years when his son, Dave senior, entered the knife trade.

Model 1910 : The earliest Warther pocket knives date to 1905 but by 1910 Ernest had solidified the unique Warther pocket knife design and was utilizing bone as the handle material. Today the Model 1910 comes in a variety of colors of dyed North American cattle bone.

Model 1923: In 1923 Ernest, nicknamed “Mooney”, began traveling his steam locomotive carvings with major railroads. This promotional work was lucrative and he was now making his pocket knives with ivory handles. Today, the Model 1923 is being made with ancient ivory handles from ancient fossilized mammoth tusks. Pre-ban elephant ivory is available for Ohio residents only.

Model 1938: By 1930 the depression had impacted the life of Mooney as it had everyone in America. With customers no longer being able to afford ivory, a decade long series of ebony handled knives were made with many being made between 1938 and 1941 when the depression was at its worse in the mid-west. The Model 1938 today is fitted with ebony and other wood handle materials.

Model 1963: In 1963, at age 78, Ernest made his last pocket knife. It was number 500 and it had handles made of abalone pearl. It was in these later years that the Warther pocket knives, made by Mooney (1885-1973) and son Dave (1926-2011), were often made with abalone and mother of pearl handles. When Dave's oldest son Dale (1952-2010) began making pocket knives in the 1970's he continued with the focus on pearl handles. Today, David Warther II is making the Model 1963 with a variety of different pearl handle material including abalone and Mother of Pearl.

E. Warther & Son kitchen knives are made in Dover, Ohio and sold only at the factory in Dover and at David Warther Carvings & Gift Shop in Sugarcreek, Ohio.

Warther kitchen knives are made of a high carbon tool steel that is made in the USA. The knives, counter blocks, cutting boards and wall brackets are manufactured in our Dover, Ohio knife and wood shop.

Click Here to learn more about Warther Kitchen knives and of how to purchase them. 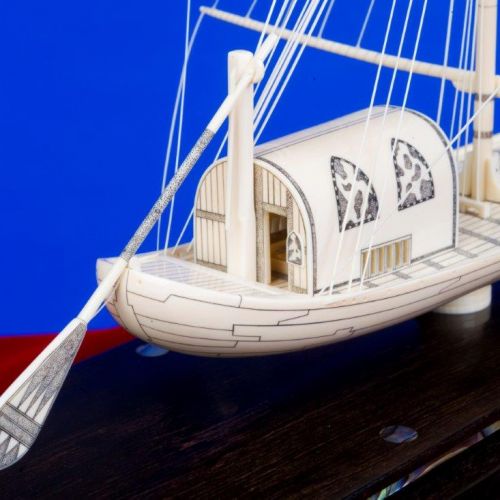 David continues with the family artistry at the New Warther Museum. Currently he is working on his 88th carving in his workshop located within David Warther Carvings near Walnut Creek, Ohio.

Guided tours of the carving exhibit run continuously at the museum and David is almost always there to show folks his workshop and to demonstrate his carving techniques.