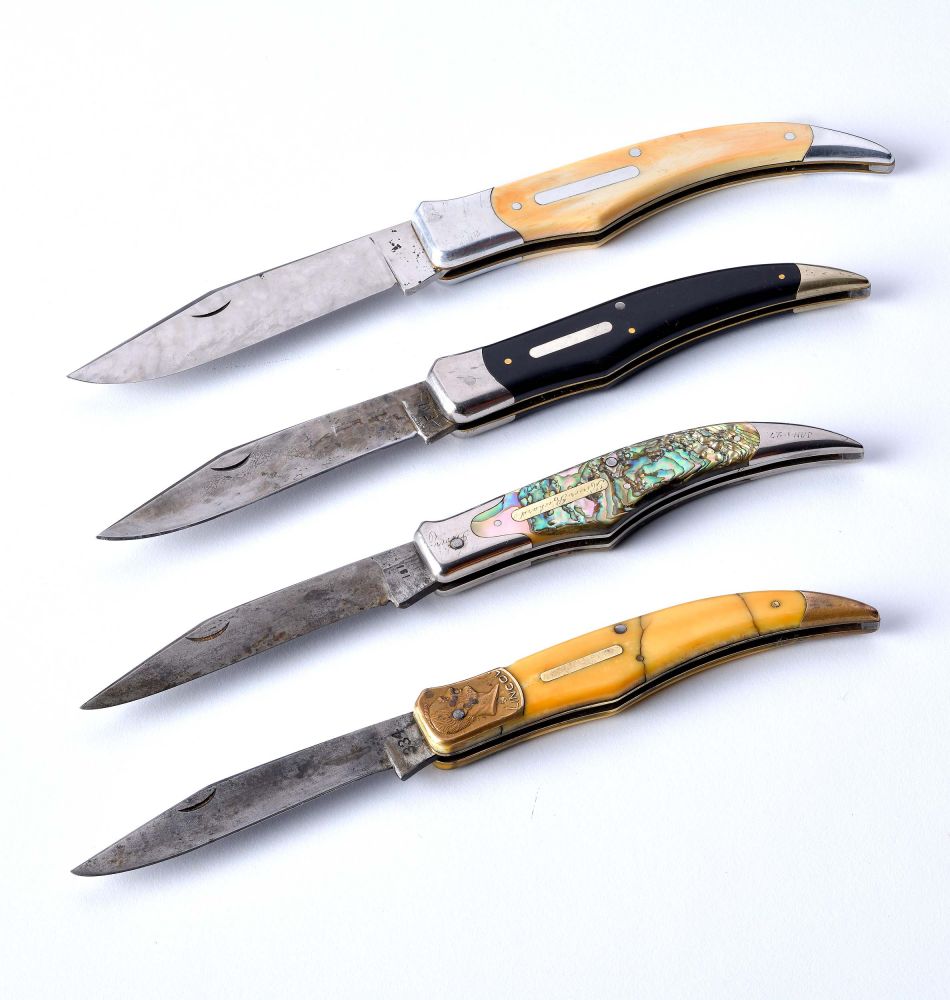 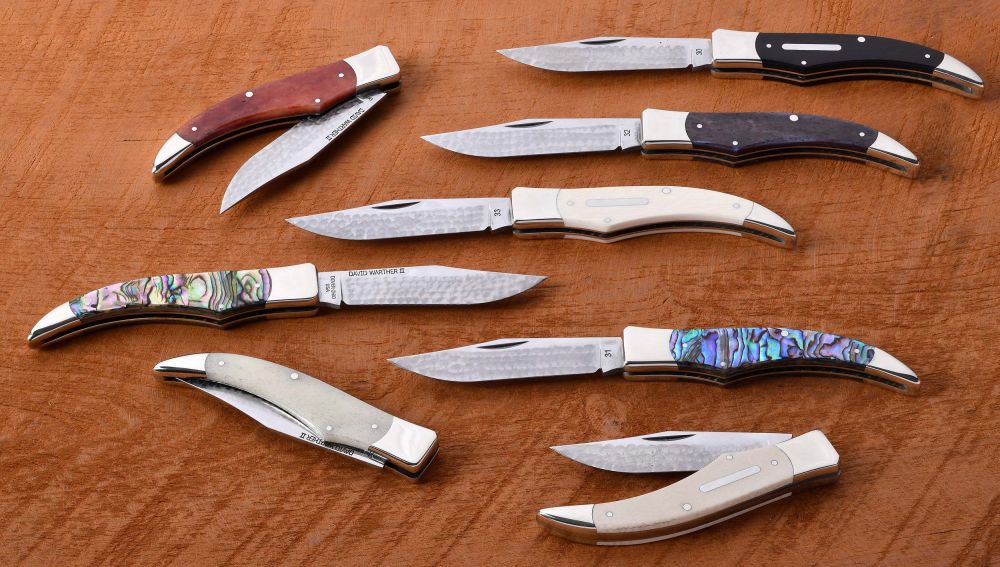 Knife making and carving have been two recurring interests in the Warther family. My great-great grandfather was a wood carver in Thun, Switzerland in the early and mid 1800's. My grandfather, Ernest Mooney Warther, started carving as a child in the late 1800's and began making knives in 1902 at age 17 in Dover, Ohio. He would create fine carvings and he would craft quality knives throughout his long life.

Knife making was an important aspect of grandpa's life. His lifetime of carving work and the resulting museum in Dover, Ohio overshadowed his love of knife making but oddly enough it was from unusual circumstances relating to his knives, starting in the 1920's, that his carvings gained notoriety and eventually fame. It was also through the sale of knives that the museum in hometown Dover became financially stable. Knives, very simply, payed the bills.

Grandpa made his first pocket knife in 1905 and would make exactly 500 in his lifetime. Dad started making knives when he was 12 and when he was just a young man coming out of WW II he started making knives for a living. Dad's mission, his life's work, was to develop the museum of grandpa's carvings and soon enough he found that knife making was a viable financial engine to keep the museum growing and prospering. The knife factory focused on kitchen knives but dad continued making the Warther pocket knife as well. Knives were continuing to pay the bills.

My older brother Dale was a natural blade smith. His interest was in making specialty knives that included the Warther pocket knife. Knives were his passion and his livelihood and with his passing in 2010 there has been this short break in the pocket knife lineage that I am now reviving.

My life's work has been in the carving of the history of ships in miniature and in solid ivory. The museum of my work opened in 2013 near Sugarcreek, Ohio. Warther kitchen knives, sold in our museum gift shop, help pay the bills that keep our museum open so we can fulfill our mission of serving the visiting public as an educational and inspirational exhibit.

The Warther pocket knife is being brought back with the same passion Dale, dad and grandpa had in providing a quality knife from the House of Warther. Giving new life to the Warther knife is meaningful to me since we have been making these knives in our family since 1905. In keeping with the history of the knife, the proceeds from the Warther pocket knife provide direct income for our non-profit museum that is open for the benefit of the visiting public. Knives continue to pay the bills.