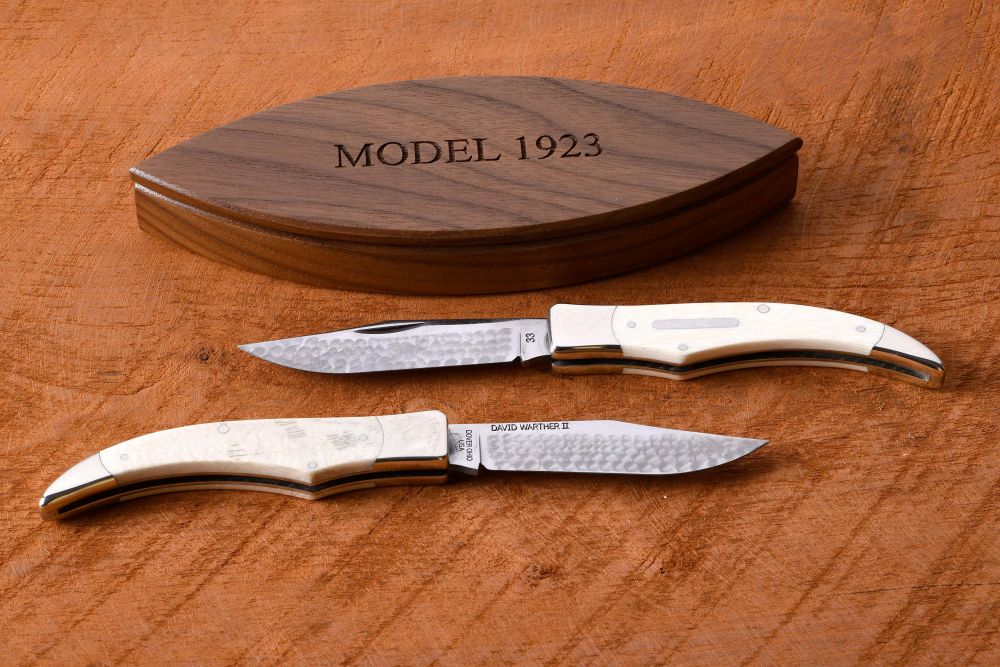 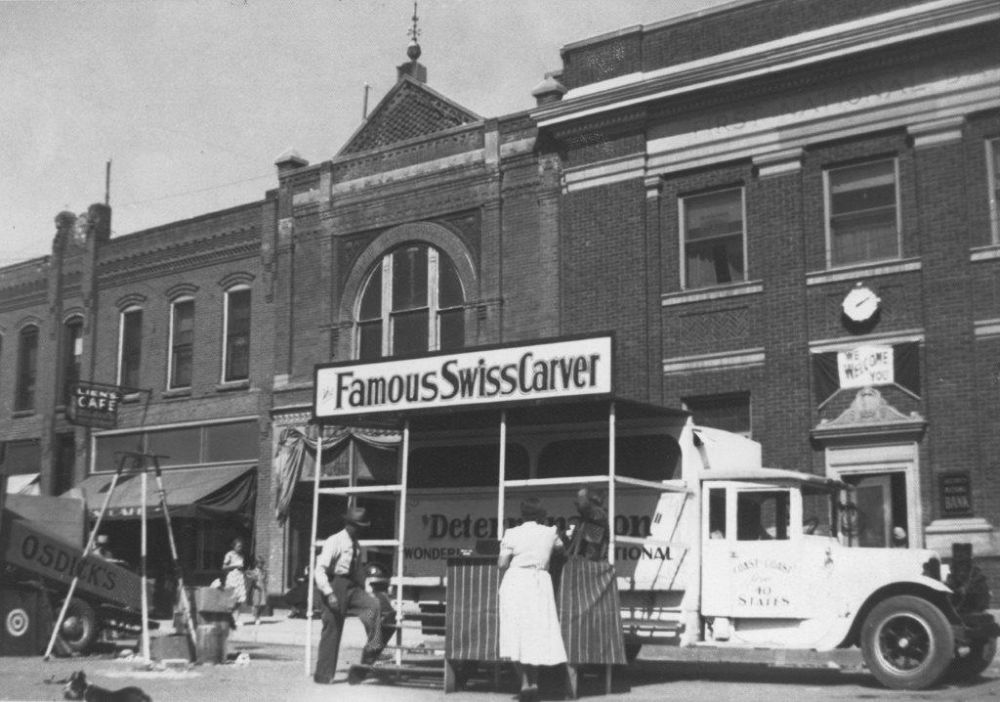 In 1923 Mooney began traveling his steam locomotive carvings with major railroad companies and later by exhibit trucks. This promotional work was lucrative and he was now making his pocket knives with ivory handles. In the roaring 20's Mooney's ivory handled pocket knives were well sought after.

Today, the Model 1923 is being made with pre-ban elephant ivory for Ohio customers and ancient ivory handles from ancient fossilized mammoth tusks. Pre-act elephant ivory, per federal regulation 50 CFR 17.40(e), by law, cannot sell outside the state of Ohio. Fossil mammoth ivory can sell internationally and to all states except NY, NJ, CA, HI, IL and NV per state law in those states.

The bolsters and liners are of Nickel Silver. This has been the traditional bolster material since these knives were first made over a century ago. Nickel Silver, also known as German Silver, is a very tactile material that holds a warmth, a specific feel and an alluring weight that speaks well to the holder.

Nickel Silver retains an old world medieval depth of character that lets you know it is not stainless steel. This look and feel is an earmark of the Warther pocketknife.

The box that holds the knife is in the shape of the earliest Egyptian ships to reflect my work in carving the history of the ship. It symbolizes new beginnings. The box for the Model 1923 is of walnut - a wood grandpa carved exclusively from in 1923. 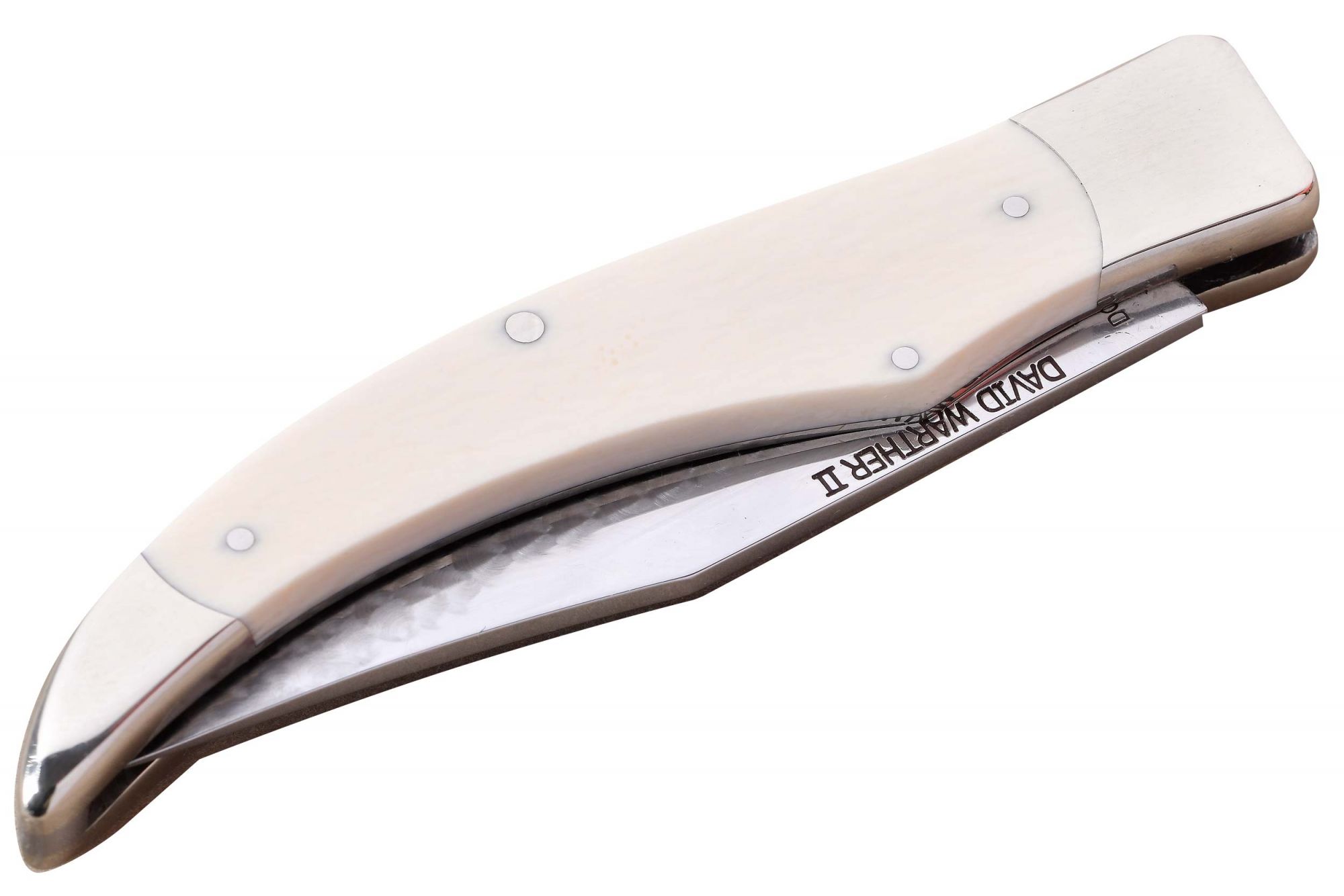 for Ohio Customers Only 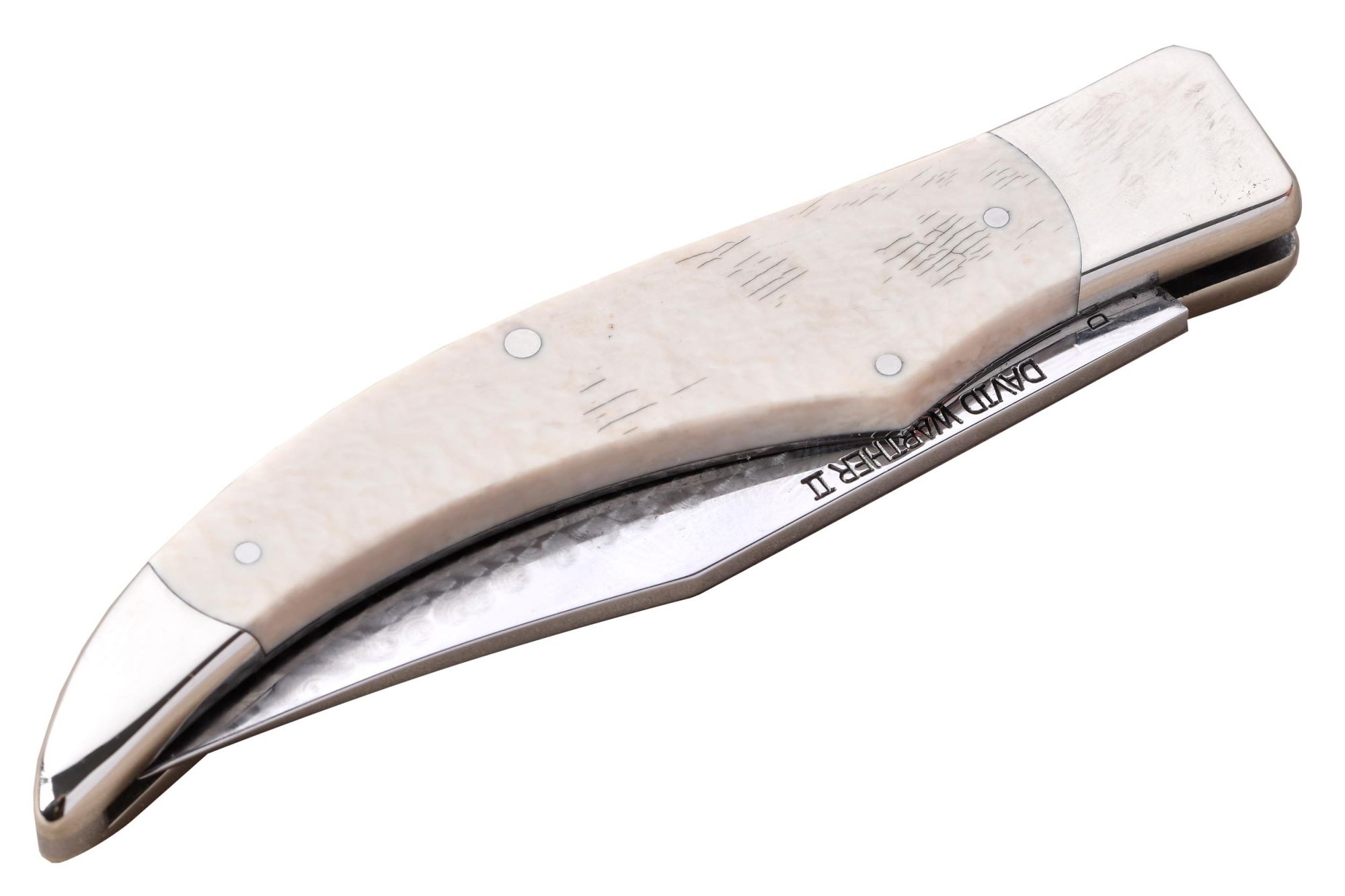 Legal to ship anywhere except to the US states of NY, NJ, CA, HI, NV or IL. 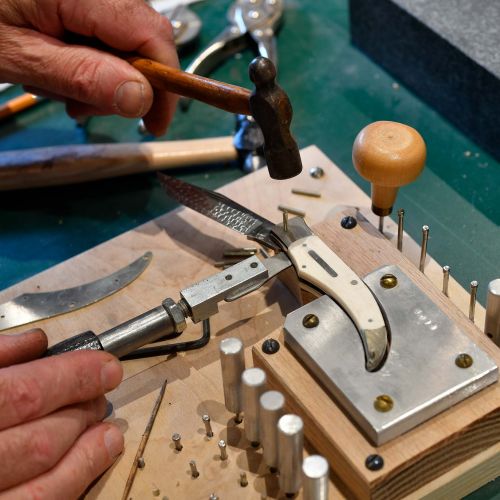 Final assembly benchwork of a Model 1923

Final assembly benchwork of a Model 1923 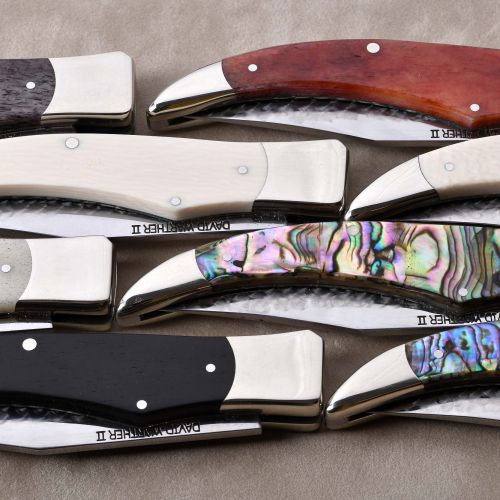 An array of our pocketknives

An array of our pocketknives 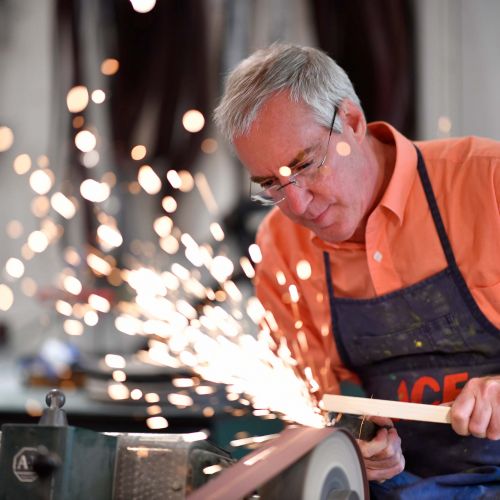